If you think that a Hollywood party or a walk down the red carpet is the way Maureen McCormick likes to spend her time, you’re in for a surprise. Though Moda’s newest designer is known for her iconic role as Marcia on The Brady Bunch, as well as for appearances in numerous feature films and TV shows like Dancing with the Stars and HGTV’s A Very Brady Renovation, she’s happiest when she’s taking a road trip with her husband. “We roll down the windows, blast the radio, and sing along,” says Maureen. “We love going to small towns, checking out antique shops, and meeting people from across the United States.” 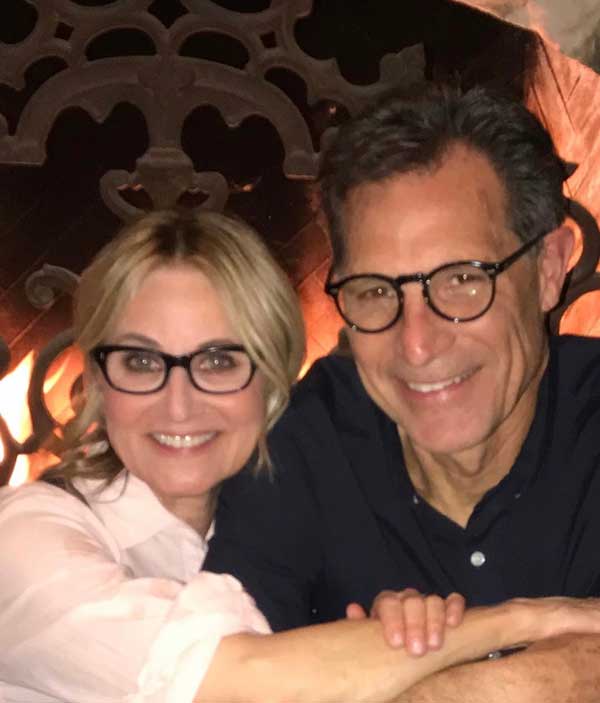 Maureen and her husband Michael.

And in those towns large and small, Maureen also visits quilt shops. Fabric has always been her passion and so when Moda approached her about creating quilting cottons inspired by the funky vibe of her 1970s stint as Marcia Brady, she happily said “Yes!” 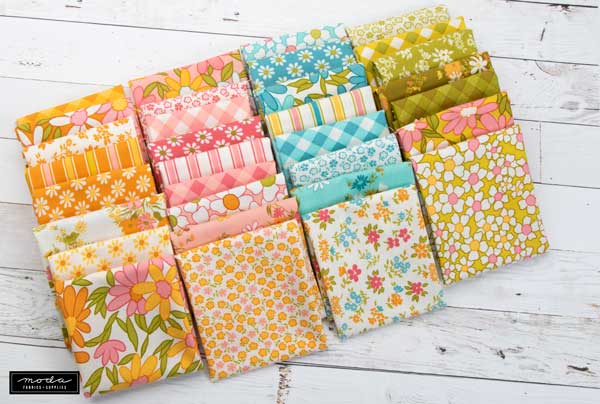 There are 32 pieces in Maureen's collection. (The big daisies are even prettier than pictured.)

The gold, aqua, pink, and orange florals in A Blooming Bunch pack a groovy punch. “I’ve been a huge fan of Moda for a long time,” says Maureen. “We thought it would be fun to do a line that’s fresh and very happy.” The cheerful fabric is perfect for quilts, bags, clothing, home dec, and more.

Maureen’s learned to quilt in 2000, inspired by two quilts she inherited from her Iowa grandmother. When she wanted to recreate one, a Grandmother’s Flower Garden, she stopped into Cotton and Chocolate in Thousand Oaks, California. Shop owner Marilyn Petersen taught her English Paper Piecing and after Maureen stitched one for her daughter Natalie, Marilyn helped her finish another to give as a wedding gift.

Though Maureen never met the grandmother whose quilt inspired her own, she spent her childhood in a family of makers. One of her earliest memories is of her mother darning socks and then teaching her to do the same. Her father loved working with his hands and made furniture and cooked, and both her mom and dad sewed—Maureen remembers them hemming her pants and making curtains for their home. And like many kids, she made simple outfits for her Barbie dolls. 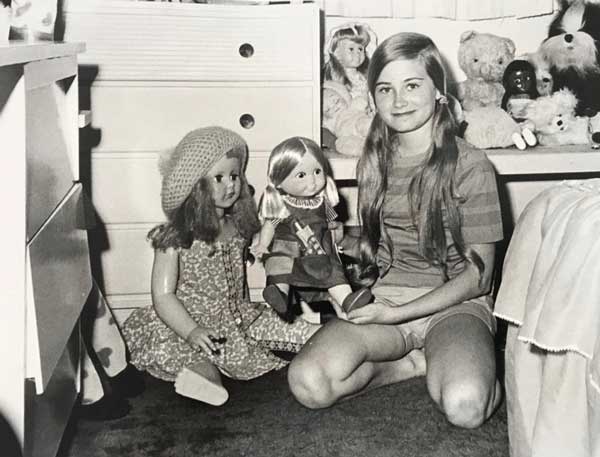 During Maureen’s stint on The Brady Bunch, the set schoolteacher Frances Whitfield taught the children painting and drawing, but it was the embroidery stitches Whitfield taught that most excited Maureen, who filled her hours stitching flowers and quotes on her denim skirts and jeans. Whitfield also taught Maureen knitting and crocheting and Ann B. Davis, who played the housekeeper Alice on the show, taught her needlepoint. 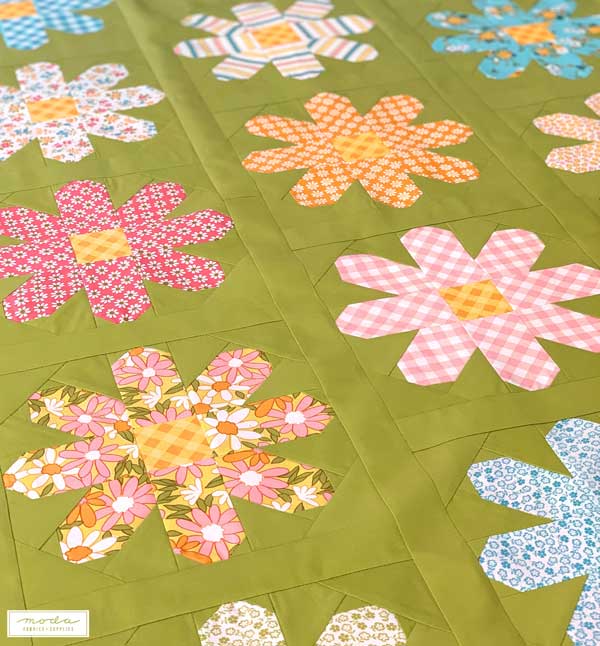 Maureen’s passed on her love of making things to her daughter Natalie. When she was younger, Maureen took Natalie’s Brownie troop to a knitting shop to learn to knit and crochet, two needlecrafts that Natalie still enjoys. 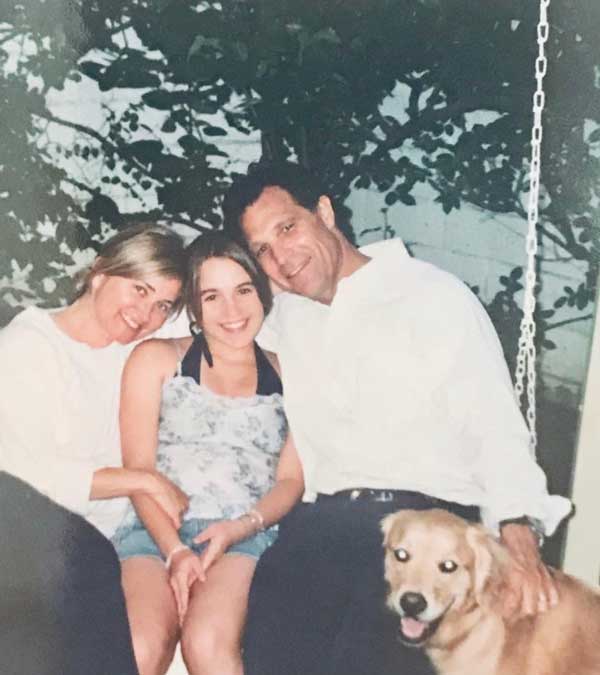 Having Natalie’s friends over to learn new skills was one of Maureen’s delights—she fondly remembers the art and needlepoint sessions, guitar-playing, and popsicle-stick creations. Maureen cherishes the many handmade cards and gifts Natalie has given her, and the mother-daughter crafters recently locked themselves away in their family cabin to make a yo-yo quilt. “Our hands were sore, but we couldn’t stop,” says Maureen.

Groovy Hexie Runner.  This free pattern is made with one package of A Blooming Bunch pre-cut Hexies - HC40040.

Of her years as Marcia Brady, Maureen feels gratitude. “There was something so simple and so timeless about our show, coming together, working together—people come up to me and tell me it made a huge difference in their lives and gave them so much joy” she says. She hopes to continue spreading joy with her upcoming HGTV series Frozen in Time, in which she’ll renovate homes still sporting their original 1950s, ‘60s, and ‘70s decor, while also paying homage to their era’s designs. (The show will premiere later this year.) When Maureen’s not acting or quilting you can find her working in her garden, cooking, playing music and writing songs, hiking, and on those cross-country road trips with her husband of 35 years, Michael Cummings. 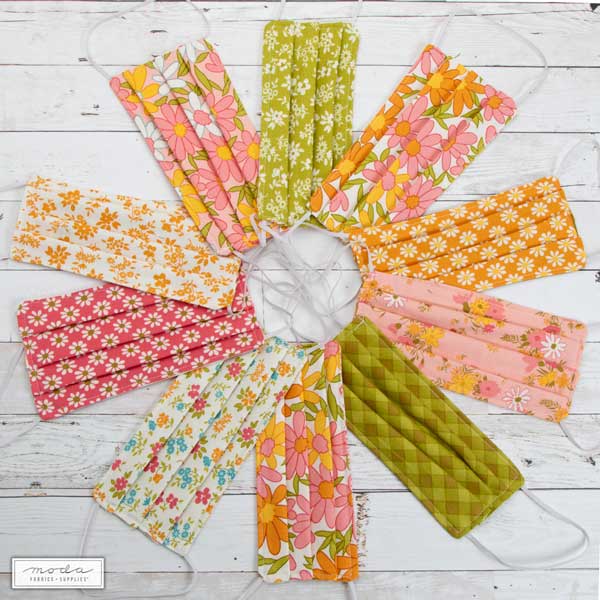 And you might also find her at a quilt shop. She’s eager for Cotton and Chocolate to reopen so she can learn Marilyn’s methods for sewing together hexies by machine. And she misses the opportunity to share her love of quilting with others. “It’s so much fun to sit around with people and talk and make things,” she says. “It’s almost like we’re cut from the same cloth. We have to keep quilting and fabric stores alive in America forever. I feel like it’s our duty for future generations to keep the love and the handmade and all the beautiful crafts alive.” 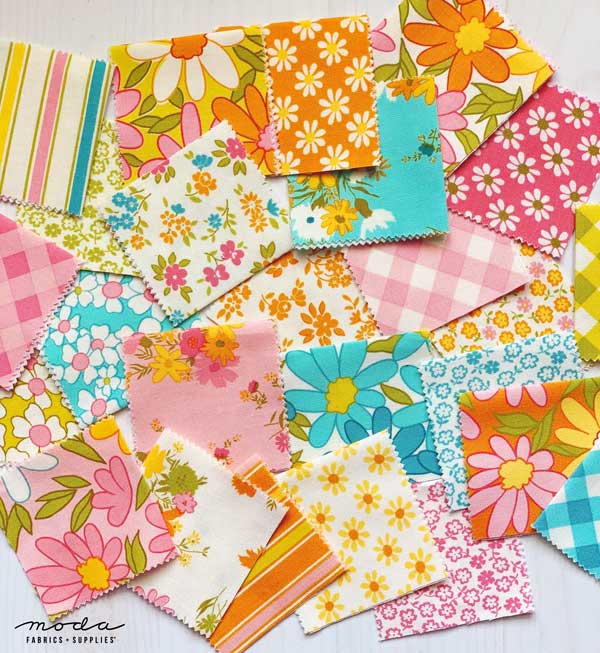 Thank you to Maureen and Welcome to Moda!

A Blooming Bunch will be in shops in October 2020.