Summer in the Country: Hay Baler

Summer in the Country: Hay Baler

Make hay while the sun shines. There’s nothing cryptic about that advice. When a field of hay is ready to cut, it’s a race against the next rainstorm to get it cut, baled and under cover. Thunderstorms pop up quickly out on the prairie. 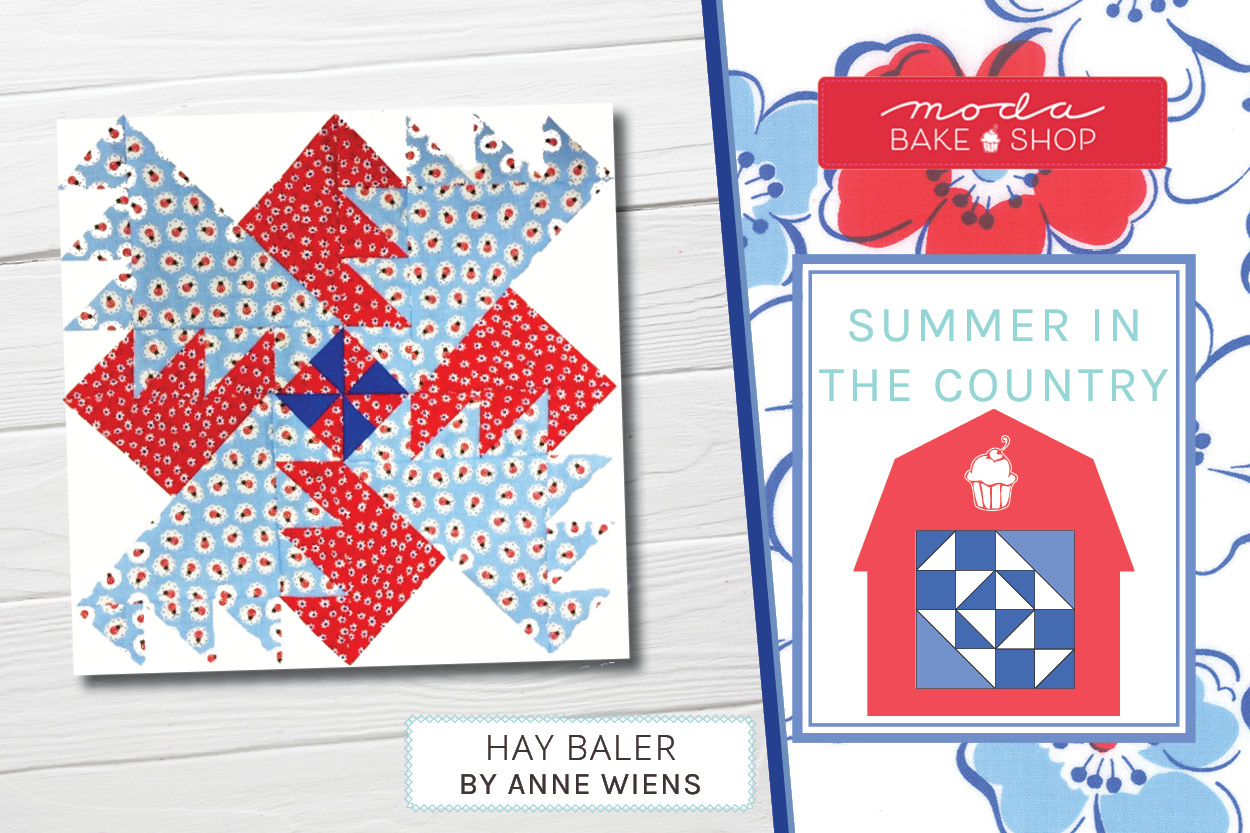 This is a busy block, with many little pieces. I would rate it 2 Spools. Cut accurately.
Be sure your 1/4” seam is true. Take your time with this one, and remember when you reach for the seam ripper (and you will) - re-sewing a seam is not a failure, but just part of the process.

This block may be intimidating at first glance, but when we break it down, you see that it’s made from four identical quadrants, and each of those is built of half-square-triangles (HSTs) and units I call triple triangle-squares (TTSs).

Using the triangles cut from 2⅜” squares, make four red/white HSTs, 8 that are red/light blue, and 12 that are white/light blue. (You will have four light blue triangles left over.) Each HST should measure 2” x 2”. If not, either your cutting or seam allowance is off. Fix it now to avoid heartache later. 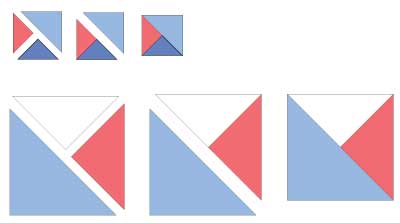 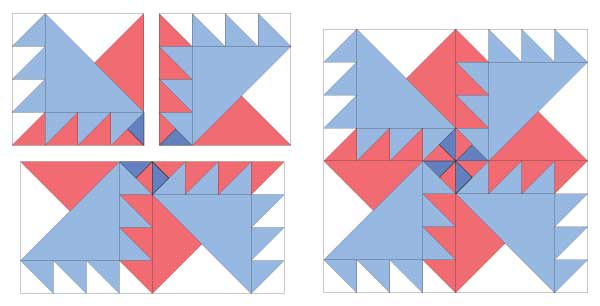 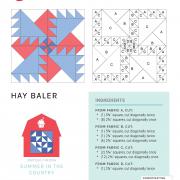