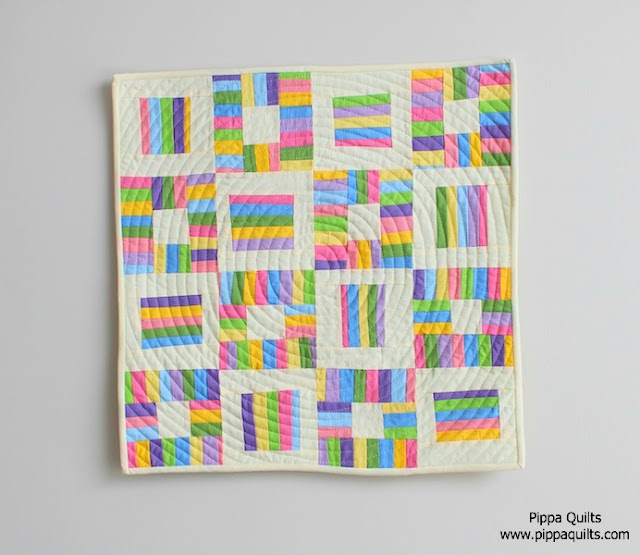 This quilt is made in a truly improvisational style, which means minimal measuring and lots of free-wheeling cutting and sewing. Depending on how comfortable you are with this, you can measure a bit more as you go, but I like the slightly wonky, off-kilter effect of improvisation.

1. To start, unroll your jelly roll. Pull out one strip of each color. Cut each strip into approximately 3"-long pieces, then cut these pieces roughly in half (lengthwise). You'll have lots of little strips of slightly different widths. 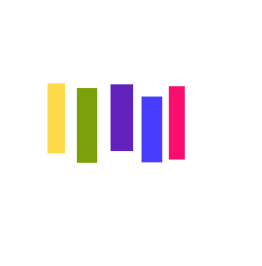 2. Then, freehand cut eight squares from the Bella Solids Snow. Make the squares approximately 2 1/2"-3" each side. Don't worry if they're not perfectly square! 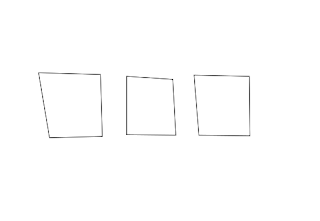 3. Sew together three of your small colorful strips along their long edges. Press the seam allowances to one side. Sew these three strips to one side of a square (they might be slightly wider or narrower than the square- that's fine). 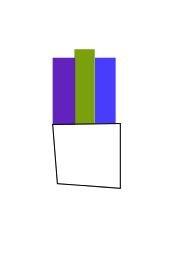 4. Repeat on the opposite side of the square, then use a rotary cutter and ruler to trim the unit so it is exactly 6 1/2" long. The strips and square might not be flush along the long edges- that's fine. 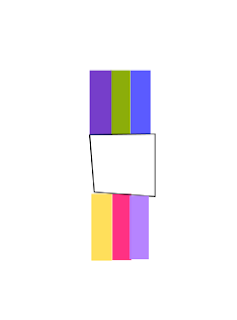 5. Sew together approximately eight of the colorful strips along their long edges and press the seams to one side. Check to see if the strips are at least 6 1/2" long; if not, add another strip. Also, make sure the strips are relatively flush along one side. Make another one of these 8-strip units for a total of two. 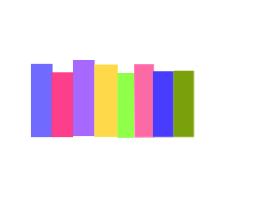 6. Sew an 8-strip unit to the long edge of the 6 1/2"-long unit. Your 8-strip unit might be longer may have some extra length, that's fine. Sew the other 8-strip unit to the opposite side of the unit. Press the seams to one side.
Note: If your 6 1/2"-long unit wasn't perfectly flush, line up and sew the two units together using a larger seam allowance as necessary to catch both units, then trim the seam allowance to 1/4". This will give you a wonky, non-perpendicular effect. 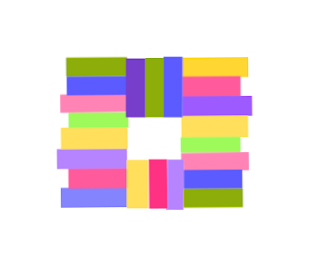 7. Now trim the entire block so it is exactly 6 1/2" square. Repeat to form seven more of these blocks. 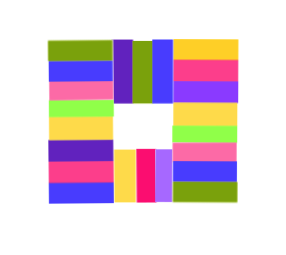 8. Now you're going to create eight of the second type of block. Take one of each color strip from the jelly roll, and cut each strip into approximately 4" to 4 1/2"-long strips. Cut these in half, similar to the freehand cutting you did before but with slightly longer strips. Also, cut five 2 1/2"-wide strips from the Bella Solids Snow, cutting from selvedge to selvedge.
9. Sew together four of the colorful strips, pressing the seams to one side. Use a pair of scissors to freehand cut the edges so they are flush (but don't worry about creating right angles). 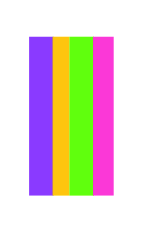 10. Sew a white strip along the top of this unit, and trim with a pair of scissors to it's roughly flush. 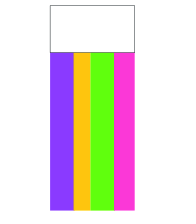 11. Repeat on the opposite end of the unit.  Trim this unit to exactly 6 1/2" long, as you did with the other block type. Then sew white strips along the long edges, trimming with scissors so they're flush, then cutting the unit to a perfect  6 1/2" square when you're done. Since I like some irregularity, I tried to cut so that the width of white varied in each block (you can also trim your strips shorter in some of the blocks to allow for more white). 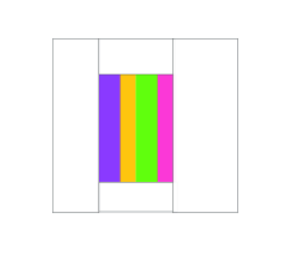 12. Create eight of these blocks. Make four of them exactly as above, but for the other four, sew the first white strips on the long edges of the strip, so they end up like so: 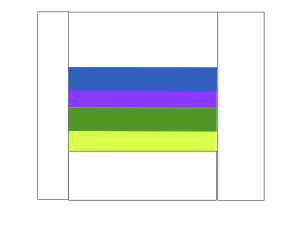 13. Once you've created all sixteen blocks, it's time to sew them together. You'll want four rows of four blocks each, switching up the orientation of each block as shown. Press the seam allowances to one side, alternating the direction in each row.

14. Once you've created four rows, sew these rows together, lining up the seams. And the quilt top is finished!
15. Baste your little quilt and quilt as desired. I stitched one continuous spiral, starting at the center of the quilt, using white thread.

One cheery quilt, 24" square. Perfect for use as a table topper! 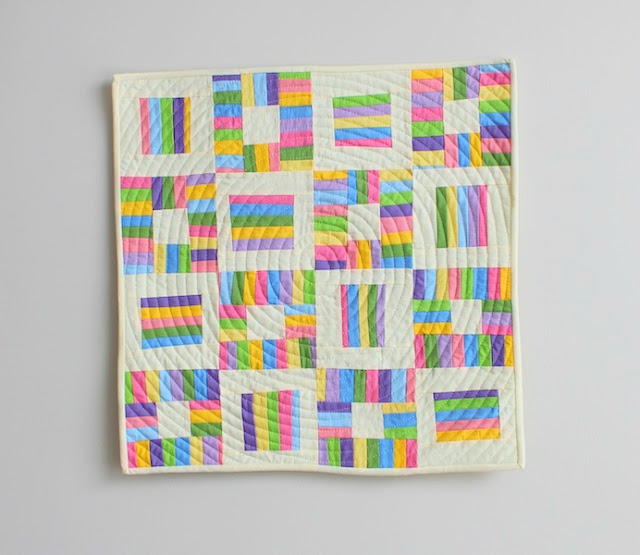 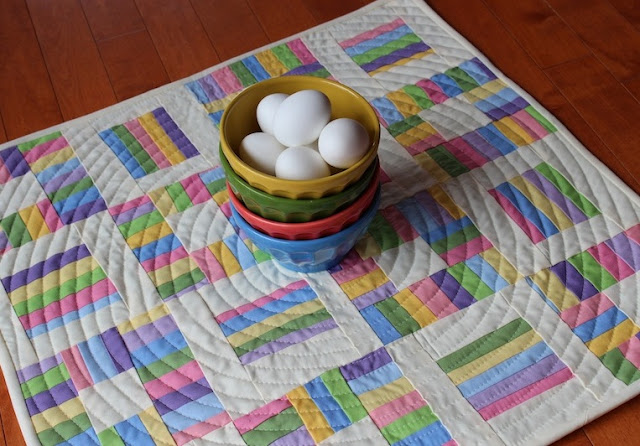