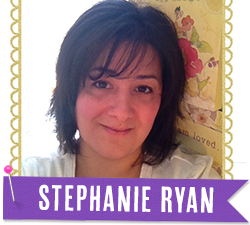 Stephanie Ryan’s journey to design success didn’t come overnight and it didn’t come easily. But for Stephanie, that makes it all the more appreciated. “It’s important to value the challenges,” she says. 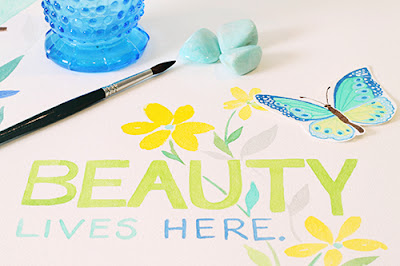 Stephanie’s known for her cheerful colors and imagery. Her floral-themed fabrics—her current Modern Roses line follows Spring House, and next up is Fleurologie—are all about making people happy. “My message is about spreading the love and bringing joy into people’s lives,” she says. 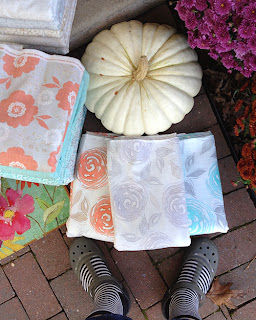 Stephanie’s desire to help others comes from working through tough times herself. Growing up in an Italian family in the Philadelphia suburbs, she knew she loved art, but struggled to find a way to make it her livelihood. In the 1990s she worked for the doll company Little Souls, until the night the company burned to the ground. She then returned to art school and got an internship and eventual full time job with Lenox, where she delighted in seeing her designs on dinnerware. She followed that job with work for Kathy Davis, a greeting card designer. But each of those jobs meant she spent long hours commuting. 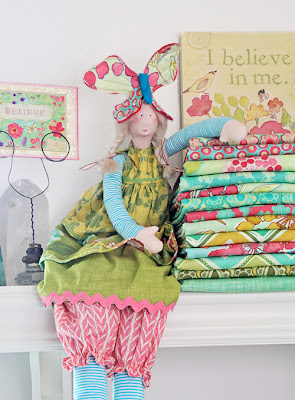 During that same time, she became ill. “I was fine one day, in good shape, and the next day I thought I had the flu,” she says. “It turned into a chronic fatigue situation: I had pain in my joints, cognitive issues, and I was exhausted.” It took 12 years and trips to “a million different doctors” before she was finally diagnosed with Lyme disease. Her illness made every day a challenge, and doing her own artwork nearly impossible. “I started painting in bed at night because I was too tired to go into my studio,” she says. “It was my way of feeling like I was moving forward.” And move forward she did. Eventually, she gave up her job and long commute to work with an agent and try licensing her artwork. Her Floral Fusion dinnerware for Lenox was her jumping off point, and today her work appears on coasters, greeting cards, and a line of accessories for Kohl’s. But she’s most excited about her fabric lines for Moda. 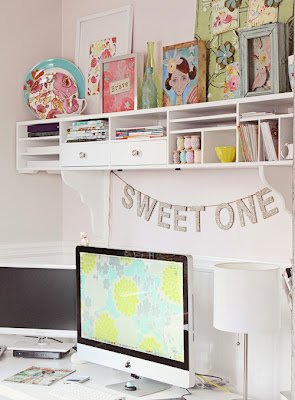 “When I was a buyer for Little Souls, I’d walk the aisles of Surtex [a trade show of original art and design work] and think about how much I wanted to have a line of fabric,: says Stephanie. “Contacting Moda was my first brave act. I put together three design collections and sent them in and a week later Cheryl called and said ‘Congratulations!’ It was very surreal, and very exciting.” 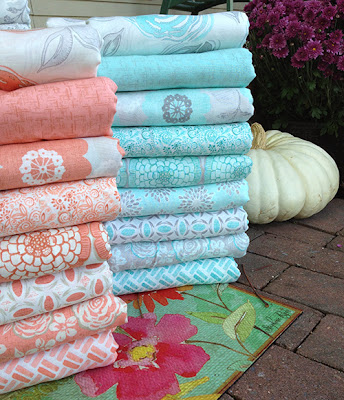 Stephanie’s just learning to quilt. “I’m a beginner sewer, but my goal is to make my own projects,” she says. “It’s a slow process, but I really want to be able to express myself through sewing. This is such a great industry to be a part of!” 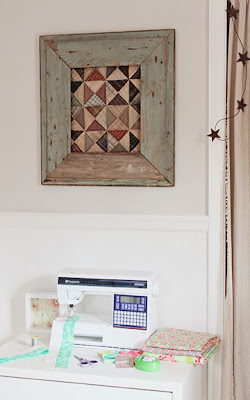 Back in 2006, when Stephanie’s successes were little more than dreams, she started her blog. “I’m a pretty quiet person, but I was amazed at what I wrote—everything that was going on with me started coming out,” she say. She found readers responded to her tale and she began incorporating her artwork with messages about the lessons she’d learned along the way. She named the posts Small Sweet Steps, and though it’s currently on hiatus, it’s possible to go back and read through Stephanie’s words of encouragement. “It’s easy to tell people ‘Think happy thoughts,’ but I also wanted them to know that I know it’s not easy to do and that I struggled with it, too,” she says. “If I can help people navigate their challenges, well, that’s pretty incredible.”
Posted in:
Uncategorized