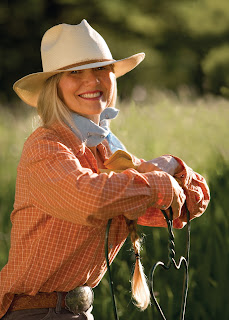 Though she exemplifies all that is genteel, refined, and ever-so-slightly old-fashioned, Mary Jane Butters has been on the cutting edge for years. During her childhood, long before it was trendy, she and her family lived close to the land, raising and preserving their own food and sewing their clothes. In her 20s she worked in Utah as one of the first female wilderness rangers in the United States and the only women hired to build houses at Hill Air Force Base. In the 1980s she raised her children in a house with wood heat, no plumbing, and no television. And in 1989 she became intrigued by organic farming: today she sells over 60 dried organic products through Paradise Farm Organics. 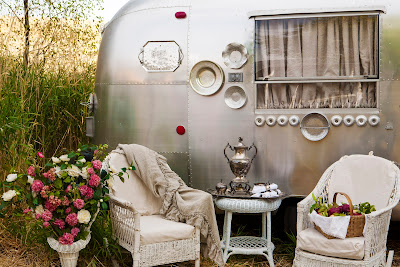 With a background like this, it’s apparent that Mary Jane isn’t afraid of hard work. As her organic farm prospered, she shared her environmentally conscious, health-minded lifestyle through MaryJanesFarm magazine, an “Everyday Organic” newspaper column, and four books. She runs a bed and breakfast on her Idaho property, created Pay Dirt Farm School to teach the business to new organic farmers, and founded Project F.A.R.M. (First-Class American Rural Made) to help energize rural businesses. 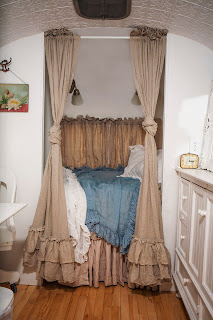 And now Mary Jane is a fabric designer. Her new line of fabric will be hitting the stores early in 2013, and she couldn’t be more excited.

“My mother and sisters, we quilted constantly—my mom made hundreds of quilts,” she says. “In junior high and high school we sewed every day—that’s how we got our clothes. We had a big ping pong table in the basement where we cut them out. My mom has passed on and won’t get to see it, but I know she’d love that I’m designing fabric.” 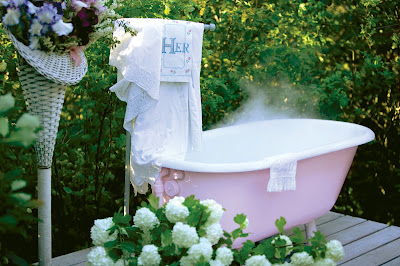 The new line, Glamping, will feature the light-hearted, feel-good imagery that abounds in her latest book, Glamping with Mary Jane (glamping is a combination of glamour and camping—a term Mary Jane coined when she set up her canvas-wall tent B&B). Bloomers and bras run up flagpoles, vintage trailers and cast iron bathtubs, and coffee cups with cheerful sayings keep the mood playful.
“I’m all about fabric,” says Mary Jane. “I walk into a fabric store and I just salivate.” 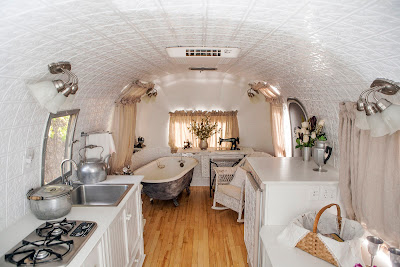 Amidst the farming, writing and editing, and activism she finds time to do more than salivate: she sews. And not surprisingly, her machine of choice is antique. “I have a treadle sewing machine mounted in my Airstream trailer,” she says. “I grew up using a treadle and I love and collect them. I just can’t resist them.” Old-fashioned or cutting edge? In Mary Jane’s world, it’s a little of both.
Tagged:
Glamping, Mary Jane Butters, Moda Designers, Moda Fabrics